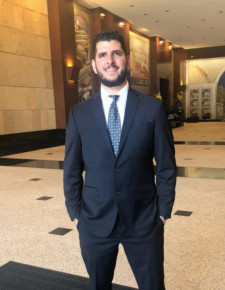 The weekly disability rate in California is two-thirds of the injured party's average earnings. Thus, if the minimum wage is increased, then that could also increase the disability checks that injured workers could receive on average.

Additionally, this could boost personal injury settlements as well. In those cases (such as a vehicular accident one), an injured party could file for damages that include "loss of earnings." That is the money that the injured party would have made if they had been able to continue working at their job. As the minimum wage increased, so too could that average earnings settlement.

"The executive order signed by President Biden could help federal workers who have been injured to receive more money. That would be true whether they were injured at work or elsewhere. The administration's further plans for the minimum wage, if they came to pass, would do that for non-federal workers across America. Someone injured at work, specifically while working a job for minimum wage, could find that their disability payments would be higher than they would have been previously. Consequently, a person who suffered a personal injury and would be unable to return to work could, quite possibly, receive more money than they would have been able to before. While this minimum wage increase will not go into effect immediately, we're always committed to helping clients to receive as much compensation for their injuries and troubles as possible," said Belal Hamideh.

Get notified about new releases.

Sign up for email updates from Star Media PR Group.